Storytelling is our bread and butter. It’s what we get up every morning for, spend our days doing and our nights dreaming of.

Something else that we really love is coming across a brand or company that makes us think, is doing something special or has a great story behind them.

This month we looked into three Irish brands who’s stories and passion really stand out. 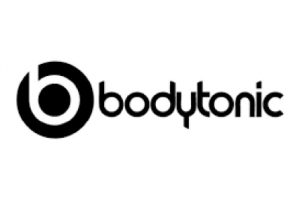 So if you have heard the name Bodytonic you may associate it with some of Dublin’s most popular venues; The Bernard Shaw, Wigwam and The Back Page to name just a few.  However, this story is about much more than just a string of bars, it’s about a fifteen-year grind and dedication to Dublin’s music, food and culture scene.

The Bodytonic journey started in the early 2000s when founder Trevor O’Shea became frustrated with how difficult it was to get DJ gigs in Dublin. Along with a few like-minded musicians, creatives and promoters O’Shea set up a collective. Their goal was to run their own gigs and club nights across the city. In their early years, they ran some of Dublin’s most successful nights including Friday’s at Wax, Scribbles, Backlash and POGO. This was a group of people who loved what they were doing. They put all of their energy into creating great nights. They themselves would want to attend, gradually booking bigger acts and DJs, running festival stages and gaining themselves a name. 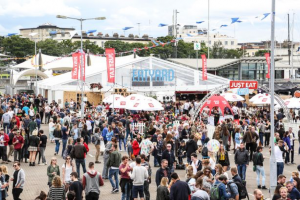 In 2006 the Bodytonic crew embarked on a new challenge taking over Brannigan’s on Richmond Street. They reopened it as The Bernard Shaw, the first venue of the empire they would soon build. For them, it was a leap. A leap from one-off events and nights they could walk away from if things went downhill. A leap into the world of business and the full-time commitment of keeping a bar afloat. The Bernard Shaw was a massive hit, people loved the concept, the culture and the community spirit.

Since then the company has grown immeasurably with stakes in festivals like Life, The Big Grill, the DC Block Party and launching their own annual festival – Beatyard. In more recent years, a new wave of venues from Bodytonic have dotted themselves across the Dublin City landscape there’s The Back Page in Phibsboro, Wigwam (The Twisted Pepper’s successor) on Abbey Street, MVP on Clanbrassil Street and Squareball on Hogan Place.

Bodytonic’s success and passion is something that we really admire, it just shows how a small idea or personal frustration can grow, develop and have a great impact.

The Burren Perfumery was founded in 1972, and bought over by its current Co-Owner, CEO and Creative Director Sadie Chowen in 2001. She now runs the perfumery alongside her husband Ralph as a family business. They have grown it from a small four product, two employee store to a 100+ product range, employing around thirty people.

The story of the perfumery is in many ways intrinsically linked with Sadie’s own story. Sadie was born in London but spent most of her youth in France growing up with creative parents. This creativity shows up everywhere in her work. In the early nineties, while visiting a friend in the west of Ireland, Sadie fell in love with the area and a small crumbling cottage in Carron. She decided spontaneously to forgo buying a flat in London and instead move to the Irish countryside. 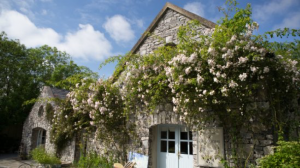 Not long after moving to Ireland, Sadie began working for the perfumery part-time. She gradually got more involved in the business with everything from accounts to product development. Even though business wasn’t her area of expertise she had a vision for what the Burren Perfumery could be. She started implementing new plans, even completing parfumier training in Paris to bring their fragrances to a new level.

This is a story of small brand success and notoriety. In the face of the recession, the company stayed strong and stable. Post-recession their business has seen exponential growth. A largely contributing factor to this growth is their direct to customer approach through their own store and website. This feels genuine and adds an element of exclusivity to their product. In the past year, the Burren Perfumery has expanded again after being approached by Avoca (an Irish handmade goods and crafts retailer). They decided the fit was right for their business and are now selling in all twelve Avoca stores nationwide.

It is inspiring to see a small business, making their own products and making big waves. People come from all over the world to smell the fragrances of the Burren. Their story shows the impact quality products and intelligent business can have.

Time and time again we find the stories behind our favourite brands come down to the story of an exceptional individual with a vision. From Trevor O’Shea searching for more opportunities for local DJs to Sadie Chowen aspiring to bring high-quality natural scents to the market, these brands that stand out clearly have a special driving force behind them.

The same can be said for one of Dublin’s most current and most loved coffee chains – Coffeeangel.

This story begins in Belfast in the mid-1990s. Karl Purdy a young man, having just moved back to Belfast after spending most of his life in Canada, came up with an idea. In 1995 he put together a comprehensive business plan for a coffee shop in the heart of Belfast and went to the bank to ask them for help.

At this time, an establishment that only served coffee was laughable, people over here only drank tea. However, his plan was so solid he was granted a loan and his first coffee shop – The Ground Floor, was born. The Ground Floor was an overnight success. Karl brought with him everything he knew about coffee shop culture in Canada and the US and people loved it. After a few years, Karl decided he needed a change and sold the coffee shop, which had at this stage inspired many copycat cafés across Belfast, and decided to move to Dublin. 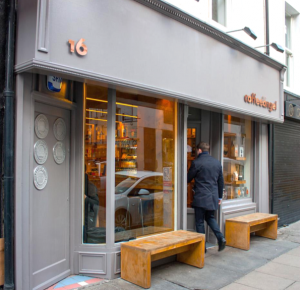 In Dublin, Karl’s first break into the market with a coffee and wine bar wasn’t the success he had hoped for, and after a short while had to close. That setback took a while to recover from. After a few years, he was ready to try again, just a little smaller this time.

Coffeeangel first came to life as a single coffee cart on Howth Pier. Then Dun Laoghaire and then eventually finding itself in Dublin’s Docklands. Karl stood at the cart every single day, treating it like treating it like a ‘Brick and mortar shop’. In an interview with the Irish Times he said he just didn’t want to give into Dublin’s rental prices at the time, and at the end that paid off.

In 2011 Karl signed up for a 3-month lease on South Anne Street. The first brick and mortar Coffeeangel was only supposed to be a short-term pop-up shop, but eventually, that lease was extended and then extended again indefinitely. Coffeeangel now has five branches across Dublin city. Each one is operated under the same values and passion for great coffee that started as a one-man coffee cart on Howth pier.

Here at All Good Tales, we believe a good story can transform your company. We’d love to help you out with a free consultation. You can call Gaye on (01) 254 1845 to organise yours today. We also run courses that give you practical information on connecting with customers. For more information or to book your place, click here.