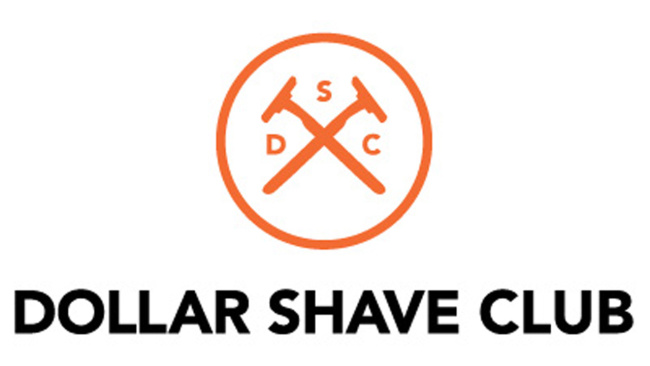 In our new Brand Story Hero series on Bobby Kerr’s Down to Business on Newstalk FM, we shine a regular spotlight on different brands that we think tell their story well. Here we take a look at Dollar Shave Club, a male personal grooming company.

Mission Statement: ‘A great shave delivered right to your door’

Michael Dubin grew up in Bryn Mawr, Pennslyvania. After graduating from Emory University, he moved to New York City. In NYC he worked across numerous jobs in marketing and advertising.

By night he took classes in accounting, corporate finance and comedy improvisation.

In 2011, Dubin met a friend’s father-in-law, Mark Levine, at a party. The men struck up a conversation where Levine mentioned to Dubin that he needed to unload a warehouse full of surplus razor blades from a previous failed business venture. They both spoke about their irritations over the cost of razors and the inconvenience of accessing these in a shop. Dubin believed if he could post blades to customers for a lower price, a lot of the irritations would be solved.

He registered the domain dollarshaveclub.com within a week and began planning for a grooming empire. He then quit his job to focus on his endeavour full time. They wanted to provide good quality blades at a low price without all the unnecessary features that had become commonplace in the market.

Dubin got to work on an advertising campaign, and in March 2012 he published a video that would change the face of marketing.

Using his marketing knowledge, Dubin But Dubin knew they had to do something big to get the attention of new customers. Consumer products take millions upon millions to market and the big question was how could he sell his idea and seize the attention of the customer.

The Dollar Shave Club was officially open for business.

The video cost $4,500 to make, which was funded from Dubin’s savings. It proved an instant success, with the company’s server crashing due to the huge amount of traffic. The company took 12,000 orders that day.

The video has since been watched 24 million times on YouTube.

After growing his team on the back of his successes, Dubin was eager to expand into other products. To succeed, the Dollar Shave Club would have to be more than a voice–it needed to be the leader in conversation regarding male personal grooming.

In 2015, Dubin met J.P. Morgan managing director Romitha Mally. Having been impressed with Dubin, Mally spoke to her friend, president of Unilever’s North American operations, Kees Kruythoff. She explained about the company they had been raising funds for and Kruythoff was eager to meet with Dubin.

Part of the agreement meant Dubin and the company would stay in the same location, and he would continue to be the CEO. With the funding from Unilever, Dubin could turn his focuses on growing the ever-expanding company. Sales had topped $225 million when Unilever reportedly acquired the company in 2016 for $1billion.

Through innovation, a viral video and a simple idea, The Dollar Shave Club continue to be disruptors in a multi-million dollar industry.

Lesson 1 – Tapped into an essential truth

Buying razors is a terrible experience. The Dollar Shave Club tapped into that essential truth and looked to solve the issue.

At its core, Dollar Shave Club is an everyman’s brand with a simple value proposition. Name-brand razors sold in drug and retail stores cost too much, but with Dollar Shave Club you get quality generic alternatives automatically delivered to your door for as little as $3.00 a month. No contracts, no hidden fees, or as they say “no BS.”

By selling something people actually want and need (in an industry that has not seen much
innovation in decades) Dubin set the stage for both marketing and overall organizational
success.

This is where Dollar Shave Club truly broke the mould. Dollar Shave Club is a young, smart, stylish, yet playful brand. When you join the club, you’re not just signing on for low-cost razors and blades, you’re investing in the monthly “delight” that comes along with it.

Obviously, not every video is going to go as viral or receive as much success as the Dollar Shave Club, but in an age of visual media marketing video content is extremely important.

The mailer is pretty minimal and no-nonsense. The branding is prominent, and it includes a humorous postcard with the blades wrapped well to avoid damage.  The Dollar Shave Club doesn’t just promise on its products, it delivers.

Want to learn how to tell your brand story? Click here for a copy of our Storyteller’s Manifesto, a simple guide to storytelling for business.

Want to take it one step further? Right now we are doing great work for brands like Kingspan, Glandore, Ancestry.com, daa, and GSK to name just a few. We are building brand newsrooms, executing exciting PR strategies, and training key staff how to source, structure and tell great stories. For more information please click here or call Gaye on (01) 254 1845.