Earlier this week our CEO Jack Murray sat down with Fora.ie as part fo their weekly questions-and-answer series. In his interview Jack spoke about his experience building his storytelling agency All Good Tales and how deleting his social media apps has been one of the best things he’s done this year. 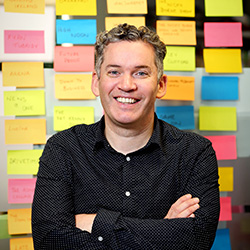 Here’s what he had to say:

I believe that everybody’s working week operates on the laws of diminishing marginal returns.

I tend to start very early at the start of the week, somewhere between 6.30am and 6.45am, sometimes earlier on Monday or Tuesday. The latest I would start is 8.30am.

Ever since my kids came along, I finish at 5.30pm to spend some time with my family. Sometimes I’ll get back to it before I go to bed, but generally if I need to make more time in the day I’ll just get up earlier.

What’s the worst job/task you’ve ever had to do?

Picking cherry tomatoes in a polytunnel on the island of Guernsey in the English Channel. I used to get up at 5.40am, have a cup of tea and a banana for my breakfast and then walk three miles to this polytunnel.

I nearly went out of my head until my sister bought me a radio. I remember Simon Mayo on the BBC. He was my best friend for about seven hours I spent on my own.

Find out how we can help you tell your brand story with a consultation with All Good Tales.

In what place are you happiest?

I was away recently in Co Clare with my wife and two daughters. Anywhere the four of us are happy, I’m happy.

What’s the toughest work-related decision you’ve ever had to make?

I started MediaHQ back in 2006 when I bought the Irish Media Contacts Directory. I had to get

bank financing to buy it. 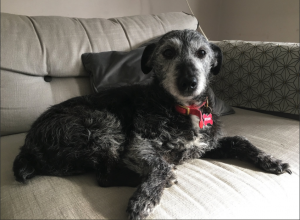 My current dog, Max – at 12 years of age, he’s old and gray like me – I used to bring him up for a walk in the park at night-time to try to figure out if I should take on this bank debt.

I decided to take the loan and buy the business and have never regretted it for a second.

What’s your favourite job interview question to ask and why?

I like to ask, “How did you get on with the Leaving Cert?” I’ve hired people who were 10, 12 years out from the Leaving Cert and they’ve looked at me askance when I ask them this.

Like everybody else Irish, I’m still traumatised by it. I’m curious about how the 18-year-old you tackled the biggest intellectual pressure.

What do you find most irritating in other people?

Apathy. The world of work and business to me is about doing great work. It’s not about being popular, it’s not about the best price – it’s about if you can do something of really, really good quality.

You have to care deeply about the work you do to do great work. People who are apathetic, who aren’t tuned it, who couldn’t care less about what they’re at are a real turn off for me.

I’m also put off people whose default setting is no. People who are dismissive. I think it’s very easy to be dismissive of things; it’s much harder to be original and creative and come up with new things.

Jack has written his own guide to storytelling for business. Request your free copy of the Storyteller’s Manifesto here.

What has been your biggest mistake to date and what did you learn from it?

Like a lot of Irish people, I made some serious financial mistakes in the downturn. I would have been involved in a couple of investments that went horribly wrong and I lost a lot of money.

It was very sobering for me. I learned the lesson of investing in things that are tangible, that you have control over and investing in your own business, where you know the product. It’s given me a scepticism of any fund-based investments.

How politically committed are you?

I’m very politically committed and would describe myself as a political nerd. My first “proper job” was as a press officer for a political movement that no longer exists, the Progressive Democrats.

I spent the formative years of my career working for politicians who were in government.  It gave me a very keen sense of politics and a political antenna.

I feel everybody who votes has a say, and we should all use that responsibly to create the best outcomes that we can.

Would you encourage your children to work in your industry?

My wife is a journalist, so between the two of us, we often get approached by people who want a career in the media. I’m always excited when young people come to me and say they want that. 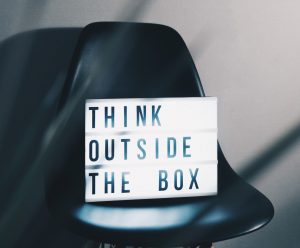 For my kids, if they want to get involved in a career in journalism or the media, I’d be all for it. The most important thing for your children – or anybody – is to do something that you love.

I remember studying journalism. The first day I sat in DIT doing my post-graduate diploma, I arrived and thought, “I’m in the right place.”

What’s the one piece of advice you would give to someone starting out in your industry?

There’s a huge element of craft in the media business. It’s no different to being an electrician or a carpenter in some ways.

Whether it’s crafting a news story, writing a feature, being able to pitch a story to a journalist, being able to write a great press release, I would say get into a place where you can learn your craft.

Get a good mentor and get your hands on enough good opportunities so you can hone your skills every day you go into work. People grow by getting their hands on good work they can make better.

I meet people at the other end of that scale who have been damaged by work. A lot of the problems are because they just never got to build their craft early enough in their careers.

It’s a like a car that hasn’t been driven enough: they don’t have enough miles on the clock.

What bad work (or business) habit have you had to kick?

In the last 10 weeks I’ve deleted all the social media apps off my phone. I am going through a process of ‘un-distracting’ myself. 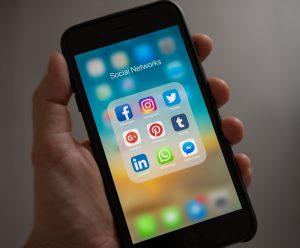 I didn’t delete my accounts, so I do check them on my laptop. I found that I check Facebook very rarely, LinkedIn occasionally – and I check Twitter daily, but I’m not checking it all of the time.

I had to protect, care and mind it.

Who is Ireland’s most underrated business person?

Entekra founder Gerry McCaughey. He was my first client when I went into public relations. The one thing he taught me from when I started out was his motto: persistence beats resistance.

He built a timber frame manufacturing company from scratch and sold it to Kingspan for €100 million, 18 months before the crash.

Last week, he announced that he’s starting a company in California and is now going to take on the American housing market with an idea that was honed in Co Monaghan.

Here at All Good Tales we are passionate about stories and love to showcase brands and individual who we think are great at telling their story. We are currently doing great work for brands like Kingspan, Ancestry.com, and daa, to name just a few. We are building brand newsrooms, executing exciting PR strategies, and training key staff how to source, structure and tell great stories. For more information please click here or call Gaye on (01) 254 1845.