We live in a generation where whether you like to admit it or not, we love a good story laced with controversy.

From political tabloids to the latest celebrity gossip and scandal, people today can’t help but click into these stories when scrolling through their newsfeeds. Big brand names like Nike and Pepsi have begun incorporating controversial storytelling into some of their most iconic campaigns.

But the question is, does this method of controversial storytelling work? The answer is, yes.

Back in the day when we saw an advertisement on television, it was pretty simple and straightforward. The campaigns would have main characters, a plot and portray their product as the hero, in the end, persuading their audiences to invest because it’s that good. However, this kind of campaign only creates a one-way conversation with its audiences. This would be transparent and not as effective with today’s audiences. This is because there has been a shift in what people want to see and what attracts their attention.

To find out how we can help you tell a great story, request a consultation here. 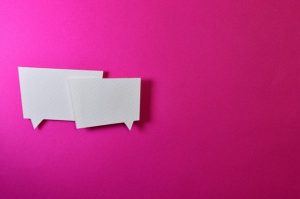 In order to create content that people are interested in and will create the greatest maximum impact, you must take a vital step in your storytelling approach and use a two-way communication approach. By using controversial storytelling you’re including more interactive content which enables a two-way dialogue between you and your audiences.  This will not only attract more people to your campaign but it will have a bigger impact on society because it will get people talking and sharing their own views and opinions on it.

Nike recently announced that San Francisco 49ers quarterback, Colin Kaepernick would be one of the athletes helping commemorate the 30th anniversary of the brand’s iconic slogan.

The ad that was created as a part of this campaign was a black-and-white close up of Kaepernick’s face with the words, “Believe in something. Even if it means sacrificing everything” which was a direct reference to the backlash the athlete got after kneeling for the national anthem in protest against police brutality in America.

Kaepernick got a lot of backlash from people who said that he was disrespecting his flag and his country, which is why Nike’s campaign became so controversial within its audiences.  People from all around the United States started to boycott Nike and starting posting pictures and videos of them destroying their Nike apparel as a display of their loyalty to their country.

But Nike deciding to use Kaepernick as one of the faces of this campaign wasn’t by accident and was actually part of a strategic plan by their expert marketers. Nike knew it was a risk to use Kaepernick but they believed that whatever backlash Nike would take in the immediate aftermath of the release, would be outweighed by the long-term attention the brand would receive due to the two-way conversation it was enabling. This controversial campaign was successful. National conversation that it started within minutes of its release, which proved that it had already worked.

So whether your audiences are agreeing, disagreeing, supporting or hating the content you’re putting out there one thing is for sure: Its you who they are talking about and you who is now trending online, so either way you’re trending and either way you’ve made the news.

Here at All Good Tales, we believe that storytelling can help your business succeed. We’ve worked with the likes of Ancestry.com, Kingspan and DAA in helping them tell their story. We’d love to help you with a free consultation. You can call Gaye on (01) 254 1845 to organise yours today. Alternatively, you can get in touch here.