We’re at Dublin Chamber’s Momentum Summit where this year’s talks are all about engagement and standing out with some networking thrown in.

Session 1: Standing Out from the Crowd

The session was chaired by David Tighe, Head of Innovation, Bank of Ireland. Who talked about the noise and the flow of data, keeping on top of that and how it is all about working with the smartest guy in the room – and sometimes you may have to find out just who that is.

Greg Clarke is Managing Director of Digicom. Greg talked about how growing a business is all about your team and how they operate. He explained how failure is an opportunity to learn and grow.

It is important to get out o of your comfort zone. There is no place for playing it safe. If you are trying to encourage growth in young talent, you’ve got to get them involved in other areas of the business.

Greg finished by saying how setbacks are good and to look at them as positives. Smart risks are good. Don’t be afraid of taking them. Get your staff right first and then clients will be happy.

Gina talked about how if you find yourself in a dark place – it is very important that you find a way to light up and illuminate yourself. By taking the bold steps and the extra effort to make yourself be engaging. Why you want to stand out of the crowd is largely up to you.

There is a global interest in Ireland and a global standard that is expected of us all now. 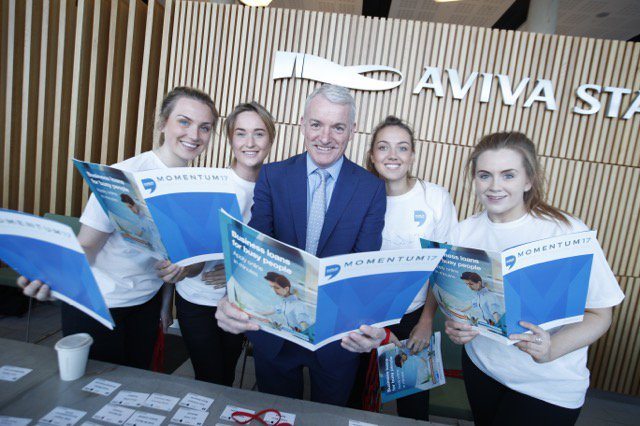 Session 2 The Power of Digital

Session 2 was chaired by 2fm DJ Ruth Scott. Who wowed us with some figures:

Cliona Mooney of The Irish Times provides analytics to all teams in the organisation. The Irish Times has grown its mobile audience by 65%. When its readers are now in an always-on environment

The Irish Times have a reader focus and put the reader at the centre. It’s not just about a number; it’s about who they actually are.

They now reach over a million readers every week across print and online. 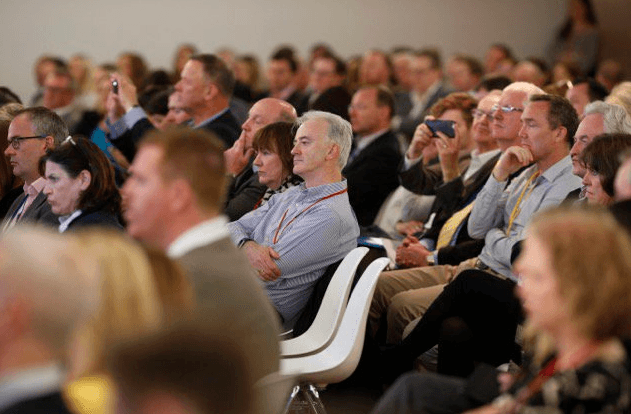 Oonagh O’Hagan of Meagher’s Pharmacy explained how they have 6 core values which are now the building blocks of what they do today. The bedrock of who they are now.

Meagher’s are all about engaging with their customers. They physically sit down with them and ask them what they think should do next.

In 2014, they realised they had to go online. But they wanted to stand out and have own USP. They decided yellow and grey packaging was their USP.

But unfortunately, they had no sales online and didn’t know what to do. Oonagh remarked that they had a ‘Ferrari but no keys to drive it’.

They knew millennials got news online which led them down the influencers path. They were the first pharmacy in Ireland to launch a Snapchat.

Meagher’s pinpointed whom they wanted to target – Gave her a name and really got to know her. Spends 5.5 hours per day on all social media platforms.

Not about followers, it’s all about engagement

Oonagh finished with how it is important to build a community and create relevant content.

There is €850,000 spent online per hour in Ireland but only 30% of Irish businesses have an online presence.

Barry Kenny of Irish Rail explained how their customers want service information first and foremost! While resources are limited, twitter is essential to Irish Rail’s communications. It is their number one platform

Social media is central to their crisis plans. You don’t control a message anymore; you are part of a conversation.

Barry gave some tips upon finishing which were;

We’re looking forward to another action-packed afternoon of talks.