Stories are there to be told, admired and connected to.

Telling the human story behind a brand, no matter how big or small is becoming more crucial for business. It is key to engage with your customers and is, really, the only way forward. Here at All Good Tales, we love companies who have a great story behind them. Especially when this story is part of who they are today. To celebrate stories and the impact they can have on your business, here are five businesses with amazing and inspirational founding stories.

Behind this huge brand is the story of a kid’s chocolate-maker machine, two friends, and bad tasting protein bars.

Niall and Tom, the heroes of this story, first worked together in marketing and sales. Despite both being fans of protein bars they were unimpressed with what was available. Here, they saw the chance to create a tastier brand.

With lots of experiments involving the faithful chocolate-maker, help from a nutritionist and a chef and putting their houses up as collateral they began to make progress in creating their very own tasty protein bar.

After two years of perfecting and planning Fulfil Nutrition was launched.

Fulfil protein bars have become a staple on our shop shelves, with many of us having our particular favourite flavour. The company now makes nearly €25 million each year through sales across Ireland and Europe. They have also set up Fulfil cafés across Dublin.

Despite the scale, staggering numbers and potential for global success the story of commitment, courage, and good taste from two young Irish men demonstrate the company’s ethos. The story is something that will always stand behind it.

While living in separate corners of the globe, the twin brothers simultaneously and without discussing it with each other decided to go vegan. This change in lifestyle is where their Happy Pear story begins. 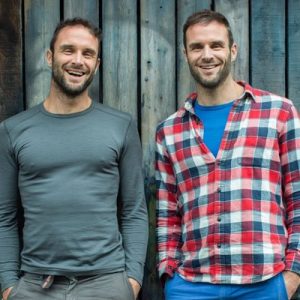 Upon their return to Ireland, David and Stephen unknowingly planted the seed (sorry- we had to) for one of the most recognized Irish food brands.

They used their twin power, their new lifestyles, and eccentric personalities to tackle the potato and boiled cabbage food culture of Ireland. They had a mission to make healthy food accessible to all.

From their establishment in 2004 the Happy Pear brand has grown, with more and more people following their nutritious path. From a small veg shop to a café people flock to, their success has continued to grow. They now also have huge product ranges available in supermarkets around the country and a number of award-winning cookbooks.

They kept the faith and knew their love of quality and wholehearted goodness would stand to them. Dave and Steve didn’t mind being different, instead, they threw themselves behind something they loved. They have become two of the most recognisable faces in Ireland and we can only expect their brand and business to continue to flourish.

Stemming from travel and passion this is another Irish company with a fantastic founding story. 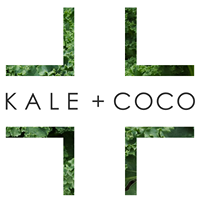 Jenny and Rebecca, no longer satisfied with their corporate lives decided to embark on an adventure of a lifetime. This adventure saw them travelling through Hawaii, South America, New Zealand, Australia and Asia and ended with a brand new business venture.

During their travels, they learned a few things about the impact of food on our lives, bodies, and planet. This made a real impact on the two women.

Upon their return to Ireland, they decided to put what they have learned into action. They wanted to contribute to the growth of Dublin’s health and wellness scene so that it could begin to rival other major world cities. Committed to the global fight for wellness Kale and Coco being their humble contribution.

Their exotic style has caught on in Dublin, and they have grown in popularity and size.

Their mission to provide healthy foods for us busy folk as well as encouraging food exploration and bringing tropical tastes and inspiration has been met with much acclaim.

Since there is no sign of the Irish food industry giving up its high standards anytime soon, this small brand will only flourish. The young women behind it are an inspiration to those fearless go-getters with passion and a unique idea.

Chupi Sweetman went from a child who was constantly covered in glitter and glue to the youngest ever Topshop designer, at the ripe age of 21. She is now the creator of one of Ireland’s most adored jewellery lines. 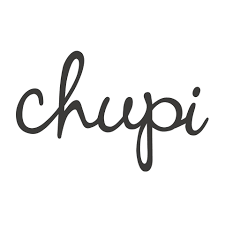 Being homeschooled by her beloved mother kept her creativity unrestrained. She also had a strong sense of ‘anything’s possible’ instilled in her which has remained untainted.

After six years in fast fashion, her engagement and the inheriting of her grandmother’s necklace showed her just how significant a piece of jewellery could be.

Combining her love of wild and natural beauty, Irish heritage, and her inner (glitter loving) magpie, she began creating little pieces of magic and Chupi was born.

Now, with an array of awards, a global business and talented team, she has seen Chupi soar. The brand’s fierce dedication to uniqueness and quality will ensure its success for many years to come.

Two men from Cork lie behind in ingenious Teamwork.com.

Used globally, by huge companies, its sudden success has humble beginnings. Their story starts with a whiteboard and a need to get more organised.

As their original business, Digital crew, got busier they had only a whiteboard to track their work. They knew they needed a new system and knew they had the ability to create it themselves.

Peter and Daniel worked tirelessly for years, neither taking holidays nor breaks.

They refused to launch imperfect software. They were often frustrated with the technology they had to work with so, in 2014 after much persistence, many trials, much tweaking, and sometimes-total revamps Teamwork was introduced.

From a whiteboard in a small office in Cork to the desktops of thousands around the world, its success speaks for itself.

Here at All Good Tales we are passionate about stories and understand the opportunities a good story can create. We are currently doing great work for brands like Kingspan, Glandore, Ancestry.com, and daa. We are building brand newsrooms, executing exciting PR strategies, and training key staff how to source, structure and tell great stories. For more information please click here or call Gaye on (01) 254 1845.