War, exile and yoghurt. This is the story of Danone and how two great wars brought yoghurt to the West.

Danone is a multinational food-products company that produces healthy snacks made to support good welfare and well-being. The company played a huge role in the transformation of yoghurt from an obscure medical remedy into an international staple and is renowned for its accessible and high-quality range of dairy products. 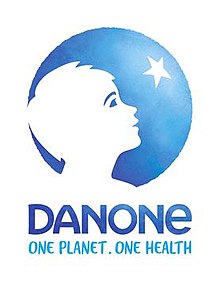 Today, the company is active in over 130 markets. Despite this, the company started small as a family business pioneered by a driven Father and Son.

This is the story of how one family founded a company on the principles of improving local well-being and welfare, and how this company continues to operate on these principles today.

Isaac Carasso was a prominent Jewish doctor. He lived in the Ottoman Empire, in modern-day Greece. Unfortunately, at the outset of the Balkan wars, Isaac was forced to flee from Greece to Spain. Spain had exiled all practising Jews —including Issac’s ancestors— from its shores only 400 years prior.

Isaac resumed his medical practice in Barcelona. He soon noticed that many of his patients suffered from digestive and intestinal problems. Realising the extent of this predicament, Isaac decided to take action. 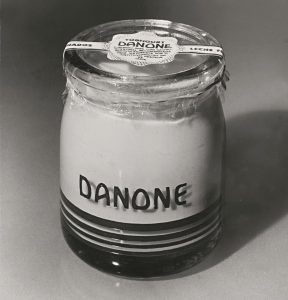 A microbiologist named Élie Metchnikoff inspired Isaac to start producing yoghurt. Metchnikoff believed that the lactic acids found in yoghurt had life-extending qualities. In 1919, Isaac established the first iteration of Danone, which he named after his son Daniel.

Though yoghurt was a staple food in Greece, it was a foreign product to the Spanish market. For this reason, Isaac marketed Danone as a health food. Isaac only sold Danone through pharmacies, and only by prescription.

Slowly but surely, Danone garnered a positive reputation beyond health faddists. Consumers particularly enjoyed that yoghurt didn’t spoil in the heat — despite being a dairy product. Isaac had successfully established the first industrial process for making yoghurt. Danone was a success.

Daniel Carasso: from Danone to Dannon and back again

Eventually, Isaac’s son Daniel took over the family business. Daniel had high ambitions for expanding Danone and established a business presence for the company in France.

Unfortunately, this plan backfired — the business floundered in the face of the Great Depression. To make matters worse, Daniel had to flee to America at the onset of WWII.

Daniel had to adapt Danone’s model to survive in America. He rebranded Danone to Dannon to avoid alienating the American market. He also developed a new financial model, where consumers paid a 3-cents deposit for the half-pint glass that the yoghurt was sold in.

After years of operating at a loss, Daniel decided to brand Dannon as a snack food — rather than as a speciality health product. He added strawberry jam to the yoghurt and introduced new flavours. The reinvented Dannon took off, and, in 1959, Daniel sold the brand to Beatrice Foods.

Following this, Daniel returned to Europe and re-established Danone. Twenty years later, after a series of aggressive international campaigns and acquisitions, Daniel and BSN-Gervais Danone bought Dannon back from Beatrice Foods. Two years later, the company changed its name to Groupe Danone.

Since its inception in 1912, Danone has promoted consumer health and well-being. However, for Danone, well-being isn’t a concern that begins and ends with the consumer.

Danone isn’t just committed to the well-being of people—they’re also committed to the wellbeing of the planet. In 2013, the company undertook a series of environmental goals for the end of the decade. These goals included a reduction in wasteful packaging and a broader commitment towards fighting climate change.

From the company’s inception until the present day, Danone has placed well-being at the heart of their organisation. This dedication to well-being isn’t just apparent in their products, however. It’s also evident in Danone’s broader commitments to their employees, to the environment, and to local businesses.

When Isaac Carasso initially started producing yoghurt, he was motivated by the need to improve wellbeing on a local scale. Today, Danone is still motivated by this need—just on a global scale.

Here at All Good Tales we are doing great work for brands like Kingspan, Ancestry.com, and daa, to name just a few. We are building brand newsrooms, executing exciting PR strategies, and training key staff how to source, structure and tell great stories. For more information please click here or call Gaye on (01) 254 1845.