Being an iconic business or structure comes with great responsibility.

Croke Park is one of the country’s most iconic structures. It also holds a special place in the heart of the nation, not only for its historic relevance but also the personal stories people attach to it.

Croke Park has taken these stories and used them to shape their stadium and the experience of those who visit. 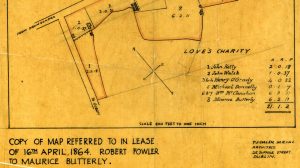 Croke Park has been in existence since 1864. From privately owned grounds to the home of GAA the stadium has transformed over the years.

During this time the grounds have also played their role in the history of the nation.

These developments are detailed throughout the Croke Park website. Visitors can take themselves on a timeline journey of the stadium and its history.

They are cleverly telling the history of their stadium in a way that it easily understandable and engaging. This history is also documented in the stadium itself with graphics and text adorning the walls inside the grounds.

Between 1891 and the early 1920's the sports grounds were the scene of many athletics meetings.

The heart of the GAA

“20 years might be the blink of an eye when the story you’re telling starts hundreds of years ago.”

Croke Park is the headquarters of the GAA in Ireland. It is the heart of the nation’s national sport.

To celebrate its unique role in Irish culture and history the GAA opened The GAA Museum. This August it celebrated its 20th year.

The #GAA Museum celebrates its 20th Birthday today! Here's a look back on some of the things that have happened in the last 20 years… 1998 – 2004 #GAAMuseum20 pic.twitter.com/cdGT5iRH8K

The museum tells the story of the GAA.

It celebrates the history of the GAA and brings to life how the GAA has contributed to Irish cultural, social and sporting heritage.

The museum brings the game to life. It is a popular attraction both on match days, when admission is free with a ticket, and throughout the year.

Exhibitions include the original Sam Maguire and Liam MacCarthy Cups, the GAA Hall of Fame and a whole floor dedicated to the games as they are today.

The museum successfully brings to life the history and the story of the GAA. All housed in its heart, Croke Park.

While Croke Park has become a destination for visitors to Dublin and a pilgrimage for GAA fans around the world it’s kept its story at the heart of everything it does. The story of its founding, its history and the great game that is played within its structure.

Here at All Good Tales we are doing great work for brands like Ancestry.com and daa, to name just a few. We are building brand newsrooms and executing exciting PR strategies. We also train key staff how to source, structure and tell great stories. For more information please click here or call Gaye on (01) 254 1845.