Stories play an important role in the majority of cultures. They teach us how to behave, how to deal with specific situations and most importantly right from wrong. However, a story is only as good as the storyteller.

If the storyteller is ineffective, the true message of the story will be lost to the audience.

In this series, we explore the importance of traditional storytelling and the storytellers that tell them, across various cultures.

The Northwest African country of Mauritania has a unique culture. The cultures of its various indigenous groups blend seamlessly and also reflects influences of various foreign cultures. The French and Moorish cultures helped to shape the art of storytelling in this country, a reminder of the country’s colonial past.

While written literature in Mauritania is limited, the country has a rich repertoire of oral literature including epics, riddles, folk tales and legends, Islamic poetry and prose. Storytelling is an age-old Mauritanian tradition.

The artists and craftsmen of the country are experts at many art and craft forms. Different ethnic groups are associated with distinct artistic traditions whose skills are passed down from generation to generation. 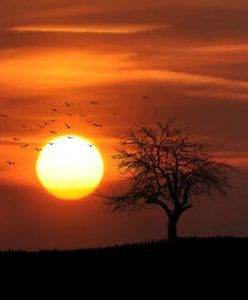 The ighyuwn is the entertainer caste of the Moors of the Western Sahara and Mauritania. They number probably a few hundred and work in small family groups, travelling between their patron tribes. Traditionally they recounted stories for events such as weddings, circumcisions or for visitors among the warrior or hassan tribes.

Both the men and women participate in the entertainment as singers, dancers, clowns and storytellers. The latter will include recounting the history of the tribes or individuals and giving a political commentary on recent events. In this way they were the “media” before the advent of radio and the press.
Until recently Moorish society has had a strict hierarchical class system with entertainers—ighyuwn—occupying the lowest rung beneath the warriors (hassans), merchants and others. Being a hereditary caste, the skills of the entertainers are handed down from father to son, or mother to daughter…
One traditional task of the ighyuwn was to follow the warriors into battle singing of their bravery and encouraging them in their fight. At other times they would entertain their patrons with praise songs about the great deeds of their ancestors or act as social historians, poets and jokers. 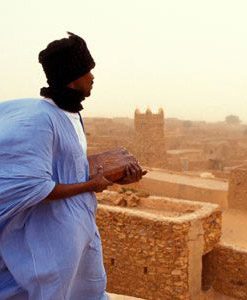 This is much like the role of the griots or jali elsewhere in West Africa. Before the days of radio, it was also their job to act as news broadcasters, touring the villages reciting news from the outside world to musical accompaniment. They also sang epic songs which were used as teaching stories for the entertainment of children and adults alike.

The tales told by ighyuwn are accompanied by a drum, a Mauritanian guitar called a tidinit, or with a harp-like instrument called an ardin. Poetry is often sung by minstrels and ballad singers. At social events, poetry praising the host or the guests is commonly sung. The stories told are often short fables.

The Moors, like the Arabs and other peoples of Africa, despise the ighyuwn and fear them as sorcerers, representing dubious aspects of the Moorish character. They are seen as political schemers, spies and extortioners for fees. They are also thought to have occult powers and to be able to curse anyone who offends them including tribal leaders. The ighyuwn are essentially animists, being laxer in Islamic practice than their Moorish patrons.

In the second half of the twentieth century, they moved to urban areas, for greater commercial opportunities. The possibilities of recording traditional music and stories are being pursued but they face much competition from Western entertainment.