Storytelling is an ancient and intimate tradition between the storyteller and their audience. Over time, how we tell a story has evolved but the key elements have remained unchanged.

That’s not to say we all tell stories the same way. Each culture will tell the same story differently, because each one has its own genres and cultural rules. These cultural rules have led to a host of different traditions and practices beloved around the world. In this series, we explore the importance of traditional storytelling across various cultures.

The Native American culture is known for its rich oral tradition. Instead of using a written language to document their history, these indigenous people simply relied on their verbal language to share their history, customs, rituals and legends through vivid narratives.

These powerful tales are often told by the tribal elders to the younger generations. They relate their tribal history and they also entertain and preserve their culture.

Each time a story is told, it breathes life into the culture, cultivates their verbal language. It gives meaning to the tribe’s history and also teaches life lessons about things like love, leadership and honour. Their symbiotic connection to the earth and intimate relationships with the animals they depended on is also depicted through storytelling. 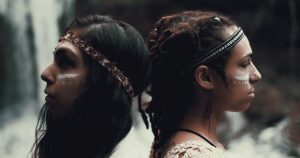 As Native Americans explored their land, storytelling became an important tool. It was used to pass down traditions such as local customs, how to live off the land and how to survive in the natural environment in which they lived.

When other nationalities started to settle in their land, the Native Americans were often forcibly relocated to land that was not their own. Their customs, language and religion were ways for them to remain connected to each other and their homeland, and keep their legacies alive.

Mythology plays an important part in Native American religion. Creation myths–stories that explain how their tribe came to be—are one of the most well-known for Native American tribes. In creating and sharing these myths people were able to explain every day natural occurrences, as well as their own beginnings.

These myths speak to the importance of storytelling in Native American’s culture as well as to the individuality of the tribe and its beliefs. They show their respect for ancient wisdom, and how nature played an important and reverential role.

In addition to being a teaching method, these stories became methods of entertaining the tribe. Hero myths and folklore were other forms of storytelling. They saw seemingly ordinary men given superhero powers and gave tribesmen a sense of pride within their people.

Native American stories have many common themes, whether told by the Inuit of Alaska or the Seminole of Florida. Traditional Native stories are based on honouring all life. This especially includes the plants and animals we depend on, as well as our human ancestors. 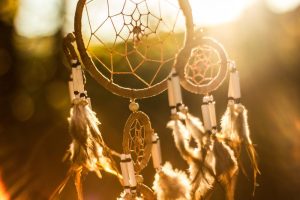 In Native stories, we find legends and history, maps and poems and the teachings of spirit mentors. We also find instructions for ceremony and ritual, observations of worlds and storehouses of ethno-ecological knowledge. Stories imbue places with the power to teach, heal and reflect. Stories are possessed with such power that they have survived for generations despite attempts at repression and assimilation.

Most stories talk about the living beings within a specific tribe’s homeland—the raven of the Pacific Northwest, the coyote from the desert, the buffalo of the Plains, the beaver of the Eastern woodlands. Stories explain why and how certain local plants and animals came to be, other stories explain ceremony and ritual

Above all, each Native story is a part of a bigger picture. Each story in its own way fills in a section of the larger narrative, giving us a fuller sense of life.

Although this tradition of storytelling is less common today than it was in the past, some Native Americans have promised to preserve these stories for future generations. They have listened and learned many of these legendary tales from tribal elders and want to keep the tradition alive for their descendants.