Storytelling traditions vary all over the world, but these traditions often have things in common. From teaching lessons to passing down a culture’s history, these stories are always an important part of life in many cultures. 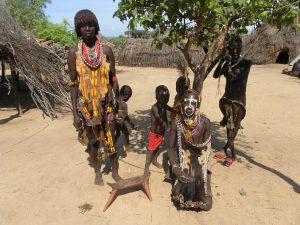 Stories in Ethiopia are a form of entertainment, a means of passing on a message and sometimes a subtle way of incorporating skills, which are usually passed down from generation to generation.

Oral storytelling in Ethiopia was often done during the day when the cattle were being herded and children would sit under a tree. It was important that the children of the community took part in these communal storytellings as this is how they learned the ways of their culture.

In addition to that, most of the stories were told in an intimate fashion where the storyteller and the audience were physically close, often seated together in a circular fashion. Elderly Ethiopians talk about the intimate communal experience of circling a fire to listen to a story as a child.

This intimate communal experience is not only a characteristic of rural Ethiopia but also a part of the childhood of urban children. In urban areas, the local children congregate in a neighbourhood house to listen to stories.

Stories and folklore consist of a vast number of formats such as the fairytale, myth, legend, fable, song, riddle and proverb. Their history traces to before people developed the ability to read and write. In the case of Ethiopia, which has an ancient writing culture, oral and written stories went together simultaneously.

The origin of storytelling

Even though the origin of storytelling cannot be verified to one source, some researchers claim that animal tales are the oldest form of storytelling in Ethiopia. Some think that the most famous storyteller is Aesop, a slave from Ethiopia. Aesop lived in the 5th century BC and was taken to Greece. Similar stories emerged in different parts of the world. 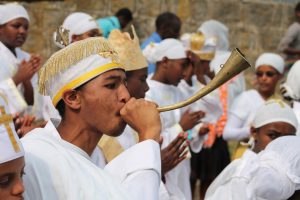 Most of the tales told use various animals especially lions to depict strength or portray cruelty and at times inanity. Some of the complexities of the stories lead children to become imaginative and think about their realities. In that regard, there are stories about spirit possession, shape shifting human beings, talking animals, other terrestrial creatures and the universe as a vast unexplored entity.

The oral storytelling that passed from generation to generation sometimes gives a moral lesson that triumphs over evil. It also shows the world in its crude form that goodness might be repaid with badness.