Storytelling is a universal means of communicating cultural traditions, values and beliefs. It’s a tool used to pass on information about history, science, government and politics.

Some stories are new; others have been handed down through the generations. Regardless of the origin of stories, storytelling is unique, a dynamic interaction between the storyteller and the audience.

Since the earliest of times, people of all cultures have used stories to help them explain a practice, belief or natural phenomenon. In this series, we explore the importance of traditional storytelling across various cultures.

Native Hawaiians are the indigenous people who migrated from other Polynesian islands to inhabit the islands of Hawaii. Natives pass on ancient cultural practices, values, traditions and historical information through storytelling. Hawaiian storytelling includes chants, song, hula and verse.

Storytelling in the Hawaiian culture has a number of unique aspects. Storytellers were highly regarded and future storytellers learned their craft at the knee of the elders, studying such specific content as genealogy and storytelling skills.

Mele (song) and oli (chant) were part of the storytelling tradition. There are different types of mele that vary in level of formality. “Mele oli” are chants unaccompanied by any instruments and are generally performed by one individual; while “mele hula” are chants accompanied by dance and/or musical instruments.

The hula is a Hawaiian icon—an image of swaying hips, graceful hands and colourful costumes. Traditional hula dancers do not dance to a Hawaiian beat but to language chants and songs. Without the words, the dance loses meaning as a story. The ancient form of hula—hula kahiko—is accompanied by the Hawaiian language along with drums and other percussion instruments. It is performed for storytelling or for religious and ceremonial purposes. Dancers are adorned with bark cloth, coconut fibres and native grasses, plants and ferns. Hula shares traditional stories as well as mythology and creation tales, including those of the gods and goddesses of the islands. 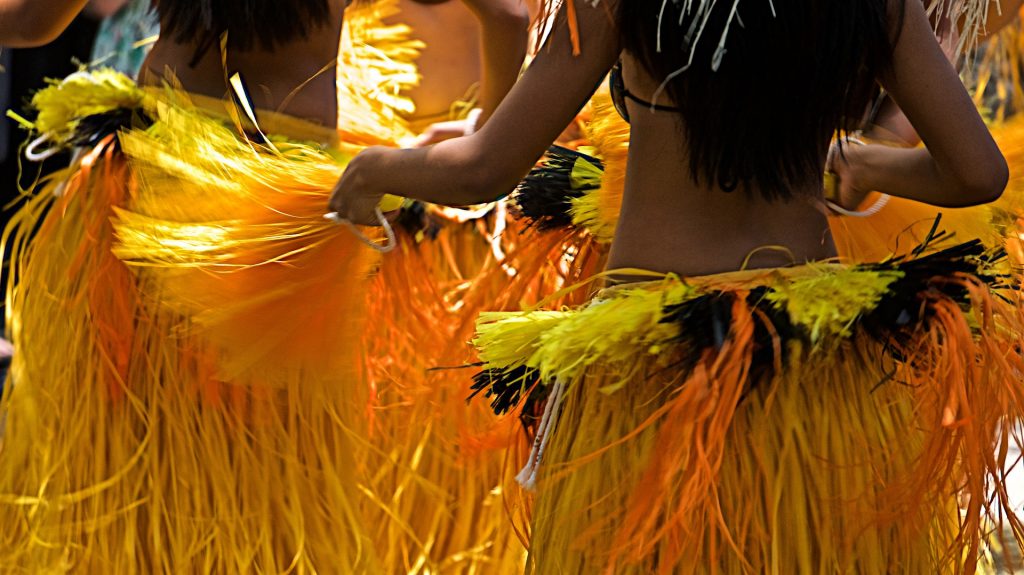 The power of oli lies in its “kaona” or hidden meaning. Traditionally, it was believed that words with hidden meanings might bring good or bad fortune. Kaona might be humorous, praising or insulting. It was rude to be direct, so sometimes kaona was used as a way of criticising something. As in all storytelling, each person would interpret the kaona either literally or figuratively, based on prior knowledge. Many of these hidden meanings have been lost over time. Today, the art of kaona is continued by those who are carrying on the traditions of writing oli and mele for a new generation.

Traditionally stories were told in both formal and informal situations. Formal storytelling would usually take place in the chief’s court, where renowned orators would perform for the chief. It also occurred during rituals and ceremonies. Informal stories were told anywhere and at any time. “Talk story”, one of the great oral traditions in Hawaii is the act of sharing history, ideas, opinions and the events of the day with other people at any time and in any place. The missionaries who came to Hawaii in the late 1800’s disapproved of it but it has remained a vibrant part of the Hawaiian oral tradition.

Oral language was the only medium of communication, so Hawaiians of old were good listeners. They needed to “get it” the first time because there was no recording or written work to look at later. Thus, there were rules for acceptable and appropriate audience behaviour during storytelling that depended on the context. Formal and sacred settings demanded complete quiet and a reverential demeanour. Less formal settings allowed for more interaction between the storyteller and the audience. They might make sounds to show approval: a clicking sound, a response like “auwe” or laughter. In some cases, members of the audience might add commentary to the story.

Storytelling is central to the development of Hawaiian children. In early times, there was no censorship and children heard the same stories as their parents and grandparents. However, nowadays stories might be censored for violence or other adult content. Children were expected to listen and take away lessons they could use. Originally, they were expected to listen quietly to the stories but over time, this changed, as storytelling became more interactive. Native Hawaiian children enjoyed their own kind of storytelling, called “he he”, a game similar to “cat’s cradle”, in which they sang or recited stories as they manipulated string in their fingers. 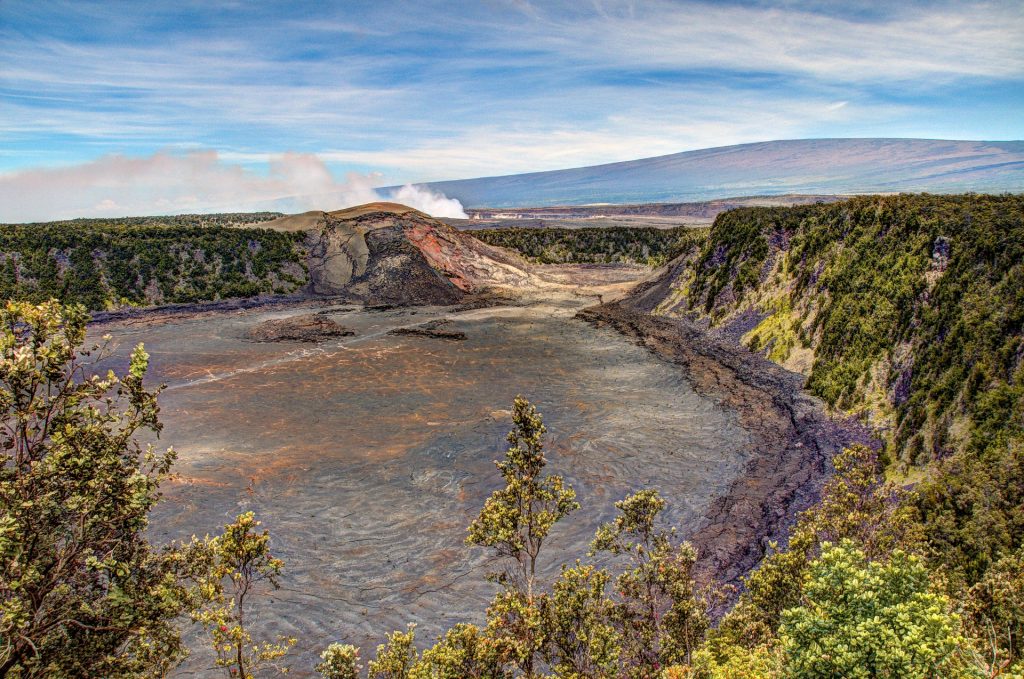 Ancient Hawaiians were known to be storytellers. Legends were a way of documenting history, knowledge, facts and beliefs from generation to generation. Some of the more popular legends include the story of the demi-God Maui, who pulled the islands up from the bottom of the sea; stories about the wicked, deceptive and jealous volcano goddess Pele and her snow sister Poliahu and myths about Kumulipo, which tell about the creation of the Hawaiian Islands.

These legends and the ancient art of storytelling are alive and well on the Hawaiian Islands’ for those willing to listen and learn the customs.