Stories help us appreciate a landscape and culture. They further our understanding of the world around us. They keep histories alive and teach us all lessons from what has gone before us.

The small island nation of Iceland, stands out with a highly dynamic and cultural artistic scene centring around the Icelanders’ centuries-old love for storytelling. With a history of more than a thousand years and a culture so separated from other countries, it is unsurprising that Iceland is so ripe with legends, tales and storytellers.

Some say reading is a national sport in Iceland, others describe it as a spiritual experience. Classifications of this kind clearly show that reading in Iceland is a way of living, a necessity without which everyday life would be inconceivable.

Iceland ranks among the leading nations based on the number of writers and books published per capita. The Icelanders like to express their values, impressions and views through written form. 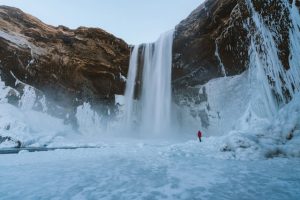 Storytelling has occupied a central place in Icelandic history and culture since the first settlers from Norway and the British Isles reached the island in the late ninth and early tenth century. Soon after, the first writers appeared, producing literature on calf skin.

In the eleventh century there were professional sagamen, who recited the sagas—oral histories and tales.

Described as Iceland’s Golden Age, the thirteenth century saw the appearance of some of the best-known Icelandic Sagas, which are now a major source of knowledge about Scandinavian mythology and history. The Sagas, an extensive series of tales of hardship and heroism are the epitome of Icelandic culture.

The Icelandic Sagas, especially those of the Vikings from the tenth century and Snorri Sturluson’s Sagas from the thirteenth century, belong to the most remarkable cultural treasures in world history. They are a record of historic events that have a huge influence over modern Icelandic language and society.

The harsh climate and long periods of darkness in the winter contributed to the development of Icelandic literature. Under such unfavourable conditions, storytelling and reading became a favourite pastime through which the Icelanders, children in particular, could simultaneously entertain and educate themselves.

Picture Icelanders living in turf longhouses sitting around smoky fire pits sharing stories and reading aloud to one another. Ancient myths, heroic quests, tragedies, comedies and lessons in life were all depicted in their traditional stories to keep spirits high. 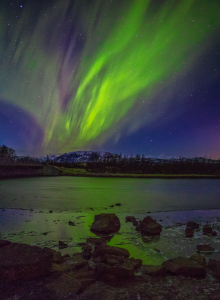 Children usually mastered reading and writing and had their first lessons in history and geography by reading, telling and retelling the Sagas. This explains to a large degree how the Icelanders achieved relatively high literacy rates despite the widespread poverty in those days. The Icelanders also appear to have had the habit of keeping journals and diaries in which they marked events and impressions of their surroundings.

Icelandic is only spoken in Iceland and people feel passionately about protecting and preserving their native tongue. To do so, it must be used to its fullest through poetry, songwriting, novels and storytelling. With so many isolated villages dotting the rugged coastline, books and journals made their way from settlement to settlement. This helped to keep the Icelandic language alive and well.

Stories in Iceland are where history, mythology and nature come together. Icelanders have always told fantastic tales of their strange encounters with the many peculiar supernatural beings with which they share the land.

During the long dark winter nights, storytelling was the chief form of entertainment with each region fostering its very own bulk of tales and legends that were passed down from generation to generation throughout the centuries.

From the extraordinary Lyngbakur—a fishermen-eating giant whale that disguises himself as an island—to the trolls of day and night, Icelandic folklore is riddled with countless tales of fantastic spirits that reflect the unique natural landscapes in which they reside.

But these peculiar accounts of mystical creatures were not mere instruments of pastime activity, they reflect the harsh natural environment in Icelander’s struggled to survive. They served as educational tools that taught their children how to live in an unforgiving wilderness while nurturing in them a sense of things too subtle for the human eye to register.

The stories of antiquity are allegorical accounts that teach their audience to respect both the spirits of the land, and the natural environment in which they reside, where earthquakes, volcanoes and extreme weather conditions constantly pose a very real and tangible threat.