Storytelling is a powerful force. A great storyteller has the ability to alter the emotions of their audience and get them to relate to what they are being told. This connection to our emotions allows stories to help us digest information easier.

Storytelling has been used for centuries to warn, teach, remember and entertain communities by people all over the world.

Ireland has one of the richest folklore traditions in the world. The tradition of storytelling is almost as ancient as Ireland itself. It is infused with the soul of the country to this day. This is primarily due to the fact that the Celtic culture in Ireland has been maintained for more than 2,000 years. 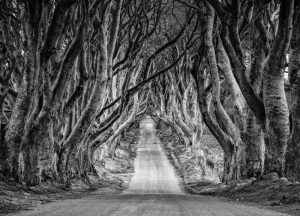 None of the Celt’s customs, beliefs or history was written down for hundreds, even thousands of years. All the information was passed on through poems, songs and incredible stories. This oral tradition was so much a part of their culture that it became representative of their entire way of life. It forged the civilisation’s name ‘Celt’ or hidden. The Celts were the people who kept their history hidden. In fact, the Irish ‘faoi ceilt’ still means hidden today.

Ireland’s famous oral tradition is exemplified in famous storytellers. These include Peig Sayers, Anna Nic an Luain, Eamon a Burc, and many more. Notably, the members of the travelling community were traditionally regarded as amongst the best storytellers. They have made an enormous contribution to the preservation of Ireland’s oral and musical tradition.

There are four major “cycles” in Early Irish Literature. These include The Fenian Cycle (stories of Fionn and the Fianna) and The Ulster Cycle (stories of CuChulainn and the Red Branch Knights). Also included are The Cycle of the Kings (legends of the kings of Ireland both mythical and historical) and the Mythological Cycle.

Alongside folkstories and legends, all these stories formed the backbone of entertainment and imagination in Ireland for many millennia.

In ancient Celtic society, bards held a position of esteem, second only to kings. They memorised vast amounts of poetry which they performed live. Their poems and songs were often the only historical record available. Bards evolved into seanchaí’s. In this informal way, an ancient oral literary tradition continued into modern times.

A seanachaí was traditionally a servant to the chiefs of the tribe and kept track of important information for their clan. It was a position of power and respect. They held the key to the culture’s past and its most important memories and traditions. Over time, many of the seanachaí became wondering souls, belonging to no one community. Instead they travelled from one community to another offering their skills of storytelling. This was usually in exchange for a warm bed and some food. It is here, that the stories began to be used to entertain and thrill the listeners.

The seanchaí could recite ancient lore and tales of wisdom whenever it was needed. It could be considered as something of the Google of ancient times. 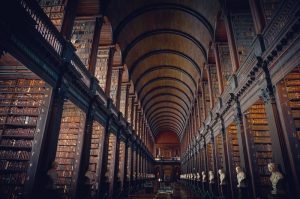 Due to their role as custodians of an indigenous oral tradition, the seanachaí are widely acknowledged to have inherited–although informally–the function of the bard of pre-Christian Ireland.

The seanchaí is an important link in Celtic/Irish cultural heritage. It continues to play a dominant role in the oral tradition, bringing old stories to life for modern-day listeners.

The distinctive role and craft of the seanchaí is particularly associated with the Gaeltacht (the Irish-speaking areas of Ireland). However,  storytellers recognisable as seanchai were also to be found in rural areas throughout English-speaking Ireland.

At events such as mummers’ festival in New Inn, County Galway, and the All-Ireland Fleadh Ceoil storytellers who preserve the stories and oratory style of the seanchai continue to display their art and compete for awards.