Stories are told throughout the world as ways for people and communities to communicate. Words of warning, morals, lessons and most importantly entertainment have been spread through the art of storytelling for generations.

Japan has an ancient and highly respected culture. This respect extends to the art of storytelling with the traditional medium of rakugo still alive today.

Rakugo is a form of Japanese verbal entertainment. The lone storyteller sits on a stage, called Koza. They use only a paper fan and a small cloth as props to aid their story. Without standing up from the seiza sitting position, the rakugo artist depicts a long and complicated comical (or sometimes sentimental) story. The story always involves the dialogue of two or more characters. The difference between the characters is depicted only through change in pitch, tone and a slight turn of the head.

Rakugo is performed in monologues by a single storyteller, called a hanashika. The storytellers are similar to comedians. They tell tales of daily life and reinforce historical and moral lessons. They generally avoid making direct reference to particular events or figures. 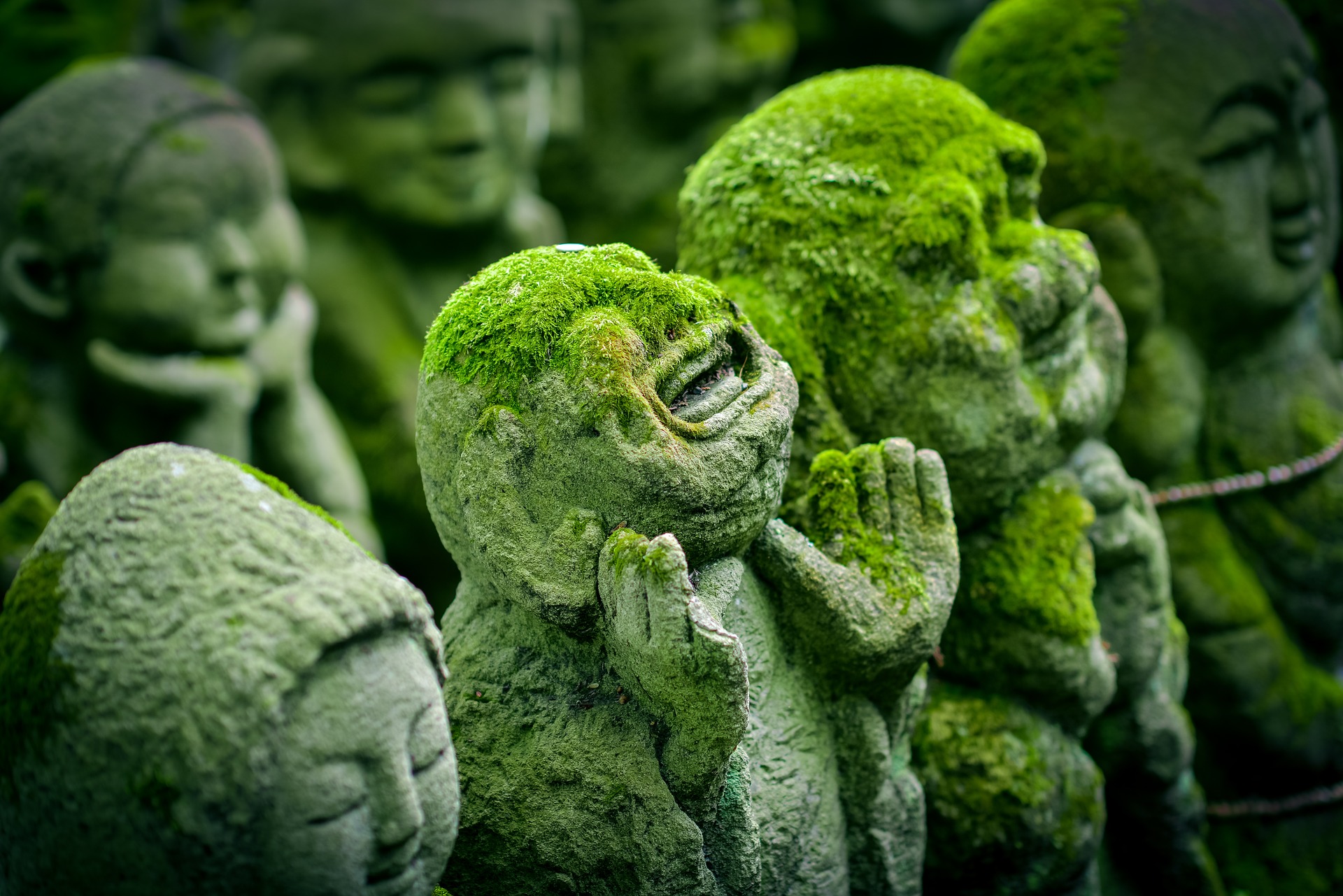 The storyteller’s purpose is to stimulate the general hilarity for the audience with tone and limited, yet specific body gestures. The monologue always ends with a narrative stunt known as ochi or sag. This consists of a sudden interruption of the wordplay flow. Twelve kinds of ochi are codified and recognised with more complex variations having evolved through time from the more basic forms.

Early rakugo has developed into various styles including plays, musicals and ghost and sentimental stories. In many of these forms the ochi, which is essential to the original rakugo, is absent.

The history of rakugo

Rakugo was invented by Buddhist monks in the 9th and 10th century to make their sermons more interesting. Its written tradition is traced back to the story collection Uji Shui Monogatari (1213-18). Gradually the form turned from humorous narrative into monologue. This was probably upon the request of the feudal lords, seeking people skilled enough to entertain them with various kinds of storytelling.

During the Edo period (1603-1867), thanks to the emergence of the merchant class of the chonin, the rakugo spread to the lower classes. Many groups of performers were formed and collections of texts were finally printed. During the 17th century the actors were known as hanashika, corresponding to the modern term rakuga.

Before the advent of modern rakugo there were the kobanashi, short comical vignettes ending with an ochi, popular between the 17th and 19th century. These were enacted in small public venues, or in the streets and printed and sold as pamphlets. The origin of kobanashi is to be found in Yesterday Stories Told Today, c.1620. This is the work of an unknown author collecting approximately 230 stories describing the common class.

In order to become a recognised professional rakugo storyteller, an apprenticeship with a rakugo master must be completed. The master will give the apprentice a stage name. The strict apprenticeship lasts for three years and, depending on the master, the apprentice may not drink, smoke, go on dates and may have a curfew.

The apprentice must clean the masters house, do laundry, cook, prepare and fold kimonos and other chores. They will learn the art of storytelling by watching and imitating the master’s performances.  Throughout their career, they are only allowed to perform a given story once permission to do that story has been granted by a master storyteller.

Today, rakugo stays true to its roots. Unable to fall back on costumes and scenery, it is the job of the rakugoka to inspire the imagination of the audience through the skill employed in portraying the world of the story. The punch line is known as the ochi and a good delivery is essential to a successful performance.

There are currently over 700 professional rakugo storytellers practicing today—just over 30 are women. Almost all storytellers belong to one of five professional rakugo associations. There are several theatres in Tokyo and Osaka that are specifically dedicated to staging rakugo 365 days a year. Storytellers also perform in concert halls, at temples and shrines, schools and universities and just about anywhere else that you can lay down a cushion to kneel on.