The sharpest communicators have a native instinct for their subject. They love their topic so much there is nothing about it they don’t want to know. Great storytellers are nerds about their subject.

A nerd is simply defined as:

“A person who is extremely interested in one subject, and knows a lot of facts about it.”

In the new order of communications, your audience is hungry for detail and process. They don’t just want to know what you are going to put in a press release or on your company website. They want to know as much detail as possible about your product, your movement, or your service. No detail is too small or insignificant for them.

This is where the power of nerd’s knowledge will help you to tell even better stories.

Our CEO and founder, Jack Murray, tells the story of how he discovered the power of nerd’s knowledge.

As a small boy, I used to spend my holidays working in my Mam and Dad’s agricultural supply shop in the rural west of Ireland. It is a local institution that was started by my great-grandfather in the 1880s.

In the summer months, farmers used to sell us their grain crops and their sheep’s wool. We had a contract with Guinness in Dublin for the barley and had many different buyers in England for the sheep’s wool. As a child, I have vivid memories of a large truck arriving every few months from Bradford in the North of England to bring off a carefully packed 80 tonnes of wool. 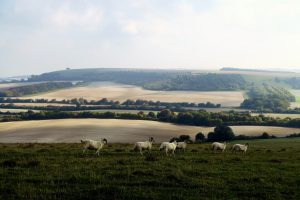 To watch my father in action preparing the wool for export was to watch a master at his craft. It was the first time I truly understood the power of nerd’s knowledge.

In the corner of the yard, he had one whole shed dedicated to preparing and packing the wool. It all started when a farmer backed their trailer into the shed and tipped out a load of a couple of hundred fleeces. Then my father would take over like he was conducting an orchestra.

After the load was emptied on the shed floor, two helpers would sift through this massive pile of wool by grabbing random fleeces for the master’s assessment. To the untrained eye they all looked the same, but not to an expert.

In an instant, my dad would know what each fleece was. He would break into the language of wool.

Each fleece was then thrown by a helper into the correct bay so that the wool could be packed correctly for export in the right categories. No one wanted a bag of mixed up wool.

In the other corner of the shed was a long steel machine called the press packer. It had two large containers, which you had to fill to the brim with fleeces of wool – standing them tightly to fit as many as you could. You then had to shut the lid and the machine pushed the wool into tonnes bag – one at either end of the machine. The operation was finished with 2 tonnes of wool freshly packed and ready to be transported to a processing facility.

It was only as an adult that I asked my Dad how he had amassed all of this nerd’s knowledge.

He told me that before Ireland joined the European Union in 1973 there was very poor technical knowledge of sheep’s wool, and we were likely to miss out on a very valuable market. The Government spent hundred’s of hours educating young men like my Dad – equipping them with the nerd’s knowledge to succeed in the wool business.

How to get your nerd’s knowledge?

So how do you acquire the nerd’s knowledge to be a great storyteller and communicator? The first way is simple. You have to love what you do. It has to be your passion. When you love your subject you will possess an innate curiosity to always try and learn more. You will become a sponge for knowledge, and not just any knowledge. Curious people have an ability to ferret out the most useful and interesting information.

When you don’t have the hunger to learn, or the curiosity to find out more. You will run into dead ends very quickly.

I recently had a meeting with a tax consultancy organisation who were trying to develop more exciting stories about their work.

“So what’s the problem?” I enquired off their head of communications.

“It’s our topic,” was the terse reply.

“What’s do you mean it’s the topic?” I probed, a little confused. 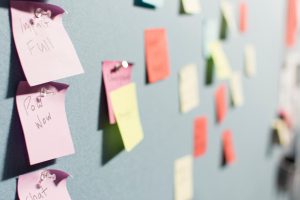 “It’s the topic – tax. It’s just very dull. There is not much that you can do with it,” she said.

“And do you think tax is very dull?” I asked.

That was the problem. Because she wasn’t excited about tax – there was every chance she wasn’t going to excite anybody else.

We have 2 simple rules about the stories we share on Mediahq.com. They are so important that they’re written on the wall in the office. They are:

If you care – they will care

If you love it – so will they.

It is a simple message that says – believe in your work and so will the world. The more you love what you do, the more everyone else will too.

The problem isn’t that tax is dull. It was that the company’s head of communications thought that tax was dull. If they aren’t endlessly fascinated about how tax affects all of our lives, there was very little chance anybody else would be.

I have an entirely non-scientific equation about how interested the world will be on your topic. Imagine there is a magnifier to the power of ten that you can apply to anything you love or anything that you’re ambivalent about. The next time you aren’t feeling good about something that you are going to share with the world. Imagine that your audience will like ten times less than you do. Can you see how your lack of enthusiasm will kill it? Equally, think of that great idea that really excites you so much you can hardly sleep. The world will love it ten times more. You can see why believing is always the best way to go.

You can see why believing is always the best way to go.