When telling a story full of complex facts it’s a familiar sight to see your audience’s eyes glaze over. However, if the story is told well you will engage them in a way that will have them not only on the edge of their seats but retelling the story to others.

With that said, Netflix is a great place to find examples of well-told, factual and complicated stories. They are the shows that have everyone in the office talking and the first recommendation to everyone’s lips for a weekend binge.

Here are our top five documentaries on Netflix that tell gripping stories.

Sunderland til I die

The English city of Sunderland has seen its main industries of shipbuilding and mining fall by the wayside. This change means that Sunderland Association Football Club (SAFC) has become an increasingly more important part of the lifeblood of the city.

The club’s fans are some of the most passionate and loyal in sport, but their passion is tested following SAFC’s relegation. This docu-series follows SAFC and its fans in the club’s first season in the Championship after the relegation.

This fly-on-the-wall documentary gives an all-access account of SAFC’s disastrous 2017/2018 season. The one-time Premiership stalwart languishes dangerously in the third tier of English football. The club is broke, its star players have been replaced by willing (and some not-so-willing) amateurs and past-their-prime players and the stakes have never been higher.

Netflix’s warts-and-all look at a struggling club in a deprived town, its fanatical supporters and the co-dependent relationship enjoyed (or should that be endured?) by the two parties makes for interesting TV. Rumour has it the cameras are currently rolling for a second season–and we hope they’re true. 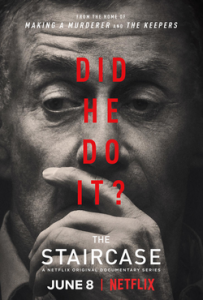 In 2001, novelist Michael Peterson’s wife died, and he claimed she perished after falling down stairs at their home. The medical examiner, however, determined that she had been beaten with a weapon. This led to Peterson becoming a suspect in what would become a murder investigation.

This series, which began with eight episodes in 2005 before being updated in 2013 and 2018, follows the investigation as it proceeds from Peterson’s arrest to verdict.

The real-life courtroom thriller offers a rare and revealing inside look at a high-profile murder trial, the effect it has on those involved and an examination of contemporary American justice.

Centred around interviews with Michael, his family and various solicitors and journalists, we also get a chance to look into his rather murky past. With strong opinions on both sides, viewers have a tough decision to make. Was this an accident or murder?

At first, Who Took Johnny seems like a rather unassuming documentary, looking back at the case of Johnny Gosch, the twelve-year-old paperboy who disappeared in Iowa in 1982 without a trace, never to be found. 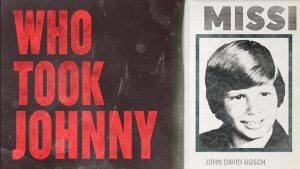 It follows Johnny’s mother, Noreen Gosch, whose efforts after her son’s disappearance resulted in the founding of the National Centre for Missing and Exploited Children.

Noreen is an eccentric woman, but it’s only about 30 minutes into the film that it becomes apparent she could be a less-than-reliable narrator. The documentary follows Noreen down rabbit holes, pursuing horrifying-yet-surprisingly-plausible theories about what happened to Johnny. Some of these theories are told in part by another strange character, convicted sex offender Paul Bonacci, who claims to have been present during the kidnapping.

A full 37 years after his disappearance, Johnny’s case remains a mystery. How could a boy go missing in a split second on a busy morning, with witnesses present? And how could he never be found? Who Took Johnny can’t find answers, but what it does find is deeply unsettling. 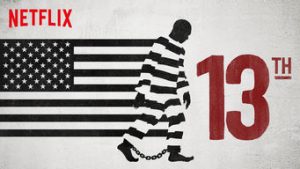 Director Ava DuVernay has successfully made a documentary that challenges and dismantles our collective understanding of one of the most dangerous notions of our time: “progress.” How do we define progress, and who precisely gets to define it?

13th is a captivating argument against those who measure progress with laws that pretend to protect American citizens and amendments and even to uphold the Constitution. It is a deftly woven and defiant look at how clauses within those amendments (specifically the lauded 13th) and the language of the American political system both veil and reveal a devastating truth about America. The argument is that slavery was never abolished there.

It was simply amended, and it continues to be amended, with the constant evolution of the criminal justice system. It’s a bold and terrifying statement to make. In using a documentary instead of a narrative film, DuVernay is able to point directly to that history and to those people who have defined “progress” for black Americans.

In doing so, she draws a line directly from the 13th amendment to today’s America, which has the highest rate of incarceration in the world. 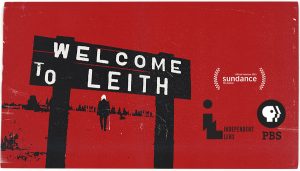 Leith, North Dakota had a population of 16 people back in 2010. That all changed when white supremacist Craig Cobb moved to town. Cobb purchased land and promptly set about creating a neo-nazi utopia. This film looks at the battle between Cobb and the original townspeople, and the frightening force that disrupted their lives.

Filmed in the days leading up to Cobb’s arrest for terrorising the townspeople on an armed patrol and his subsequent release from jail six months later, the film is an eerie document of American DIY ideals.

Very early in Welcome to Leith, one of the inhabitants of a small North Dakota town asks us to imagine an evil that we didn’t even know existed before it showed up and moved across the street. This documentary, from Michael Beach Nichols and Christopher K Walker, is filmed like a thriller–but the fact that it actually happened is what’s most terrifying.

To their credit, Nichols and Walker secured access to both sides. They got interviews with Cobb and his supporters as well as footage of their conflicts with Leith townspeople. It is as well-balanced as there is, even if no sane person could side with Cobb and his people.

The documentary is structured like a fictional movie, where something sinister finds its way into town and everyone is filled with dread before a huge confrontation at the end.

The footage, as upsetting as it may be, is also at times absolutely gorgeous to look at. Nichols and Walker capture the barren beauty of the land, composing great shots of everyday life as well as breathtaking photography of a pivotal bonfire scene.

Here at All Good Tales, we believe that storytelling can help your business succeed. We’ve worked with the likes of Ancestry.com, Entekra and DAA in helping them tell their story. We’d love to help you with a free consultation. You can call Gaye on (01) 254 1845 to organise yours today. Alternatively, you can get in touch here.