Our Passionate about Stories series looks at storytelling from organisations of all shapes and sizes. The series gives us an opportunity to learn from brands we love and develop our storytelling skills.

There are thousands of social conversations that take place on a daily basis about airlines, from passengers sharing their inflight experiences to airlines using social media channels to deliver their messages and promote various campaigns. 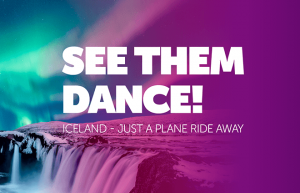 The Icelandic budget airline WOWAir took on an innovative approach to increase interaction with its travellers and promote its travel destinations via the multimedia messaging app – Snapchat.

WOWAir is an Icelandic airline that was established in November 2011 by entrepreneur Skúli Mogensen. Living up to its motto- “the airline with the biggest smile and lowest prices” it offers cheap long haul flights to a variety of travel destinations worldwide. Soon after its inaugural flight to Paris in 2012, the airline took over flight operations of the Nordic island’s legacy carrier Icelandair.

Through its creatively named jets and strong social media presence, the airline has been able to market itself to younger travellers which have helped Iceland achieve record-breaking tourism numbers.

WOWAir has garnered a huge online following since the airline focused its campaigns on social media instead of promoting itself through expensive ad campaigns. Facebook and Instagram are the primary platforms that businesses use to reach out to their customers, however, WOWAir chose a different social media platform to engage its travellers – Snapchat.

The Icelandic budget carrier ran a contest called “Snap Traveller” in which contestants had to create a two-minute Snapchat story and upload it onto the official contest site. The story had to be fun, creative and have a WOW factor. The four lucky winners would be selected on the basis of their passion for travelling and amazing storytelling abilities. Each “Snap Traveller” would first head to meet the airline’s marketing team in Iceland and then be sent off on an all-expense paid trip to one of WOWAir’s 28 destinations for up to a week. 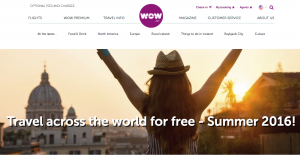 The only catch was that each winner had to take over the airline’s official Snapchat account to share their adventures, exotic views and scrumptious food photos. Through this social media contest, WOW promised its travellers massive social media exposure and a priceless experience.

This contest not only grabbed the attention of the airline’s travellers but also gained immense media attention and brand awareness. WOWAir used Snapchat as a tool to interact mainly with millennial travellers, and reach out personally to its social media followers.

Here at All Good Tales, we are doing great work for brands like Ancestry.com, Entekra and DAA, to name just a few. We are building brand newsrooms, executing exciting PR strategies, and training key staff how to craft emotional brand stories. For a free consultation, please click here or call us on (01) 454 0090.